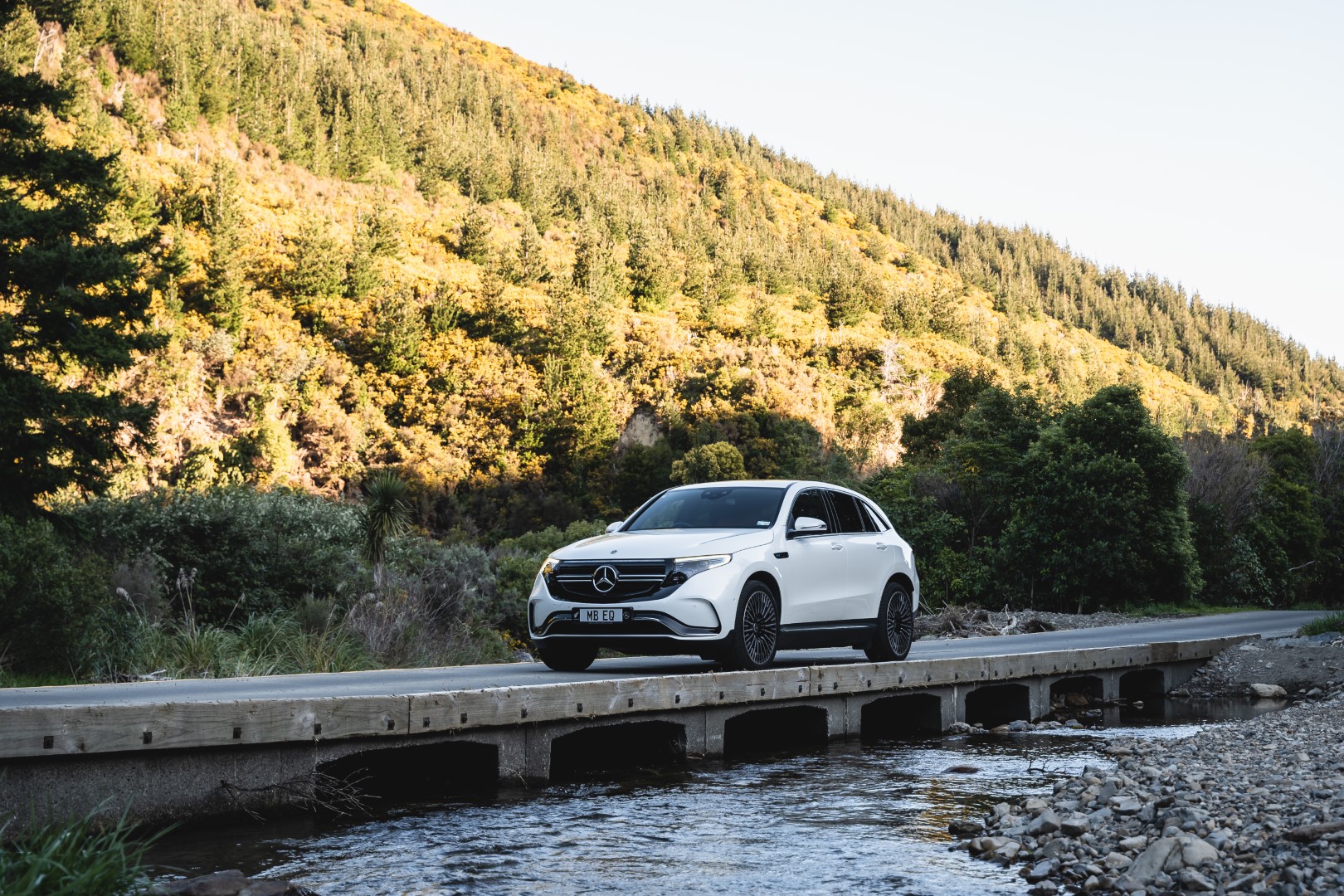 The all-electric Mercedes-Benz EQC has won the prestigious 2020 New Zealand Car of the Year – the second year running for an electric vehicle.

The EQC is a notable vehicle not only in its own right, but also as the first member of the vitally important fully-electric Mercedes EQ range, which is set to expand to 10 new models of various shapes, sizes and configurations within the next three years.

The New Zealand Car of the Year is selected by members of the New Zealand Motoring Writers’ Guild, the professional body for motoring journalists and content creators from around the country. The guild’s two-dozen voting members test the vehicles in their home environment – important for providing a ‘real world’ result.

The prestigious award, now in its 33rd year,  was announced live on Seven Sharp by presenters Hilary Barry and Jeremy Wells.

Guild President Richard Edwards says the win for the Mercedes-Benz EQC sends a strong signal that the future for motoring in New Zealand will include electrification.

“The Mercedes-Benz EQC is a brilliant vehicle; offering ‘electric’ performance, handling, technology, comfort and  safety – without having to ever visit a fuel pump,” Edwards says. “And with a potential range in excess of 400km, ‘range anxiety’ is a thing of the past.”

It is also an example of how in some segments, electric vehicles are nearing price parity with their petrol and diesel counterparts. “If you look at where the EQC fits into the broader Mercedes-Benz range on size, specification and performance, its price is not out of place at all.”

“Like the 2019 winner, the EQC offers a kind of seamless performance that conventional vehicles simply can’t match. I expect many more electrified vehicles to follow it as New Zealand Car of the Year.”

“The entire Mercedes-Benz New Zealand team is incredibly proud of the EQC, and honoured to accept this prestigious award,” Bennett says. “New Zealanders love their SUVs and exploring the outdoors, and we believe the EQC offers a new way to do this with everything our customers expect from a Mercedes-Benz SUV – including refinement, safety, style and practicality – plus the added benefits of near-silent EV power.

“Mercedes-Benz is both the world’s oldest car manufacturer and New Zealand’s best-selling luxury brand, and we strive to deliver the finest automobiles to our local customers, who expect nothing but the best. The EQC is a powerful first step towards our vision of a sustainable, carbon-neutral future, and we sincerely appreciate the recognition. Please look forward to seeing a lot more from Mercedes-Benz in this space very soon.”

The win comes at a watershed time for motoring in New Zealand, with the government announcing a ‘Climate Emergency’ and pushing for an increasing uptake of electrified vehicles.

The 2019 winner was the all-electric Jaguar iPace, while the 2018 winner, the Subaru Forester, is now available as a petrol-electric hybrid.

“While the EQC is a premium option in the market, there are now new electric cars and commercials on sale for as little as $48,990. The time for businesses and the public to consider the switch is now,” says Edwards.

The Guild represents represents New Zealand’s motoring journalists, and is considered to be the most prestigious New Zealand Car of the Year award, given its longevity over more than three decades as well as being a truly independent assessment of a new vehicle’s qualities and attributes across a broad range of criteria.